Adoptions will be by appointment only. If you are interested in meeting any of our adoptable pets, please fill out an adoption questionnaire and a staff member will contact you to schedule an appointment.

Adopt a Cat
Adopt a Dog

For the health and safety of all pets and people, we are implementing the following guidelines until further notice.

We appreciate your understanding as we do our best to keep everyone healthy and comfortable when visiting our shelter!

All cat adoptions include

All dog adoptions include

Pets have been adopted 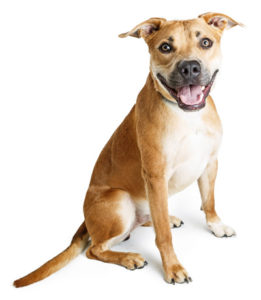 Fitz came to Lost Our Home with a cat and two other dogs from a domestic violence situation. The woman who brought him in was fleeing her abuser when he threatened to kill all of the animals in the home if she left. Arriving at the shelter in tears with two black eyes, she was able to get everyone out of the house, but she couldn’t take them with her. We took them all and assured her that we would find them new, loving homes. The other animals were soon adopted, but Fitz remained. Weeks turned into months and this boy was still here. He is a great dog who is good with other dogs, great with kids, attentive and eager to please, but he also has a lot of energy and the ability to jump a fence, which can be intimidating to potential adopters, that is until Jeff came along. Jeff recently started volunteering at Lost Our Home walking dogs first thing in the morning before the rising temperatures. He spent a lot of time with Fitz and thought he just might be the dog for him, but he wanted to be sure before he made a commitment, so he brought him home for a weekend getaway and the rest is history. Jeff installed coyote rollers on the fence in his yard to make sure Fitz can’t get out, but we have the feeling he won’t want to now that he has found his forever home!

Kodak is Now Happy and Healthy! 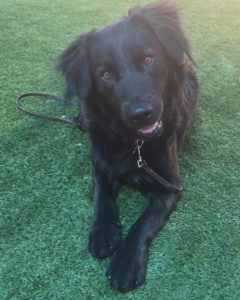 When Kodak came to Lost Our Home, staff immediately knew something wasn’t right. The vet diagnosed him with the highly contagious and life-threatening parvo virus. In order to survive, we quarantined Kodak for 10 days and he received over $1,000 in medical care. Staff and volunteers knew he felt better when he started giving big, wet kisses to say thank you for saving his life! He is now happy, healthy and living with his new family. 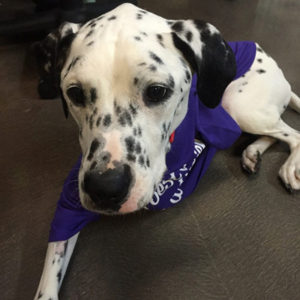 Molly’s owner couldn’t afford surgery after an accident that resulted in all the skin being torn from her left leg and shattered bones so he surrendered her to us. Her leg couldn’t be saved, although the $1,500 surgery saved her life. The grandfather of a staff member at Lost Our Home fostered Molly through surgery and recovery, and he couldn’t resist her loving and affectionate personality, so he adopted her. Molly is very happy to have a wonderful family to call her own again.