About Lost Our Home
Our Story

Lost Our Home Pet Rescue was founded in 2008 as a grassroots response to the housing crisis that left thousands of people displaced and thousands of pets abandoned. Lost Our Home Founder and Executive Director, Jodi Polanski, worked as a local mortgage banker during that time and witnessed these devastating results firsthand.

Pets were abandoned in foreclosed homes, often without food or water. Others were forced into shelters—their owners having no other choice. With the second highest foreclosure rates, and the second highest shelter-euthanasia rates, Maricopa County was experiencing a crisis and no existing service was designed to address the needs of both people and pets.

Jodi was quick to recognize this urgent need and launched Lost Our Home Pet Rescue with just a small network of volunteers who were focused on helping the pets that had been abandoned during the housing crisis. Help and hope were on the way!

Soon we learned that the need was even greater than we originally thought, and we responded by quickly expanding our programs to offer additional programs for pets and pet parents facing other life crises too. Today, our programs include:

Temporary Care Program:  provides up to 90 days of complete care for pets when their pet parents experience a life hardship and are unable to care for them temporarily. This relieves pet parents of the overwhelming fear of losing their pet and, in turn, allows them to solely focus on regaining stability in their lives so they can be reunited with their pet.

Pet Food Bank Program (Animeals on Wheels):  provides pet food and supplies to financially struggling individuals so they do not have to give their pets up simply because they cannot afford pet food during their time of need.

Over the past 12 years, Lost Our Home Pet Rescue has grown substantially to become an integral part of the community, and today it fills the gap that once existed for pets and pet parents in crisis. Lost Our Home delivers not only life-changing, but also life-saving, programs that is breaking new ground in how pet rescue organizations today are interfacing with many of society’s challenging needs. 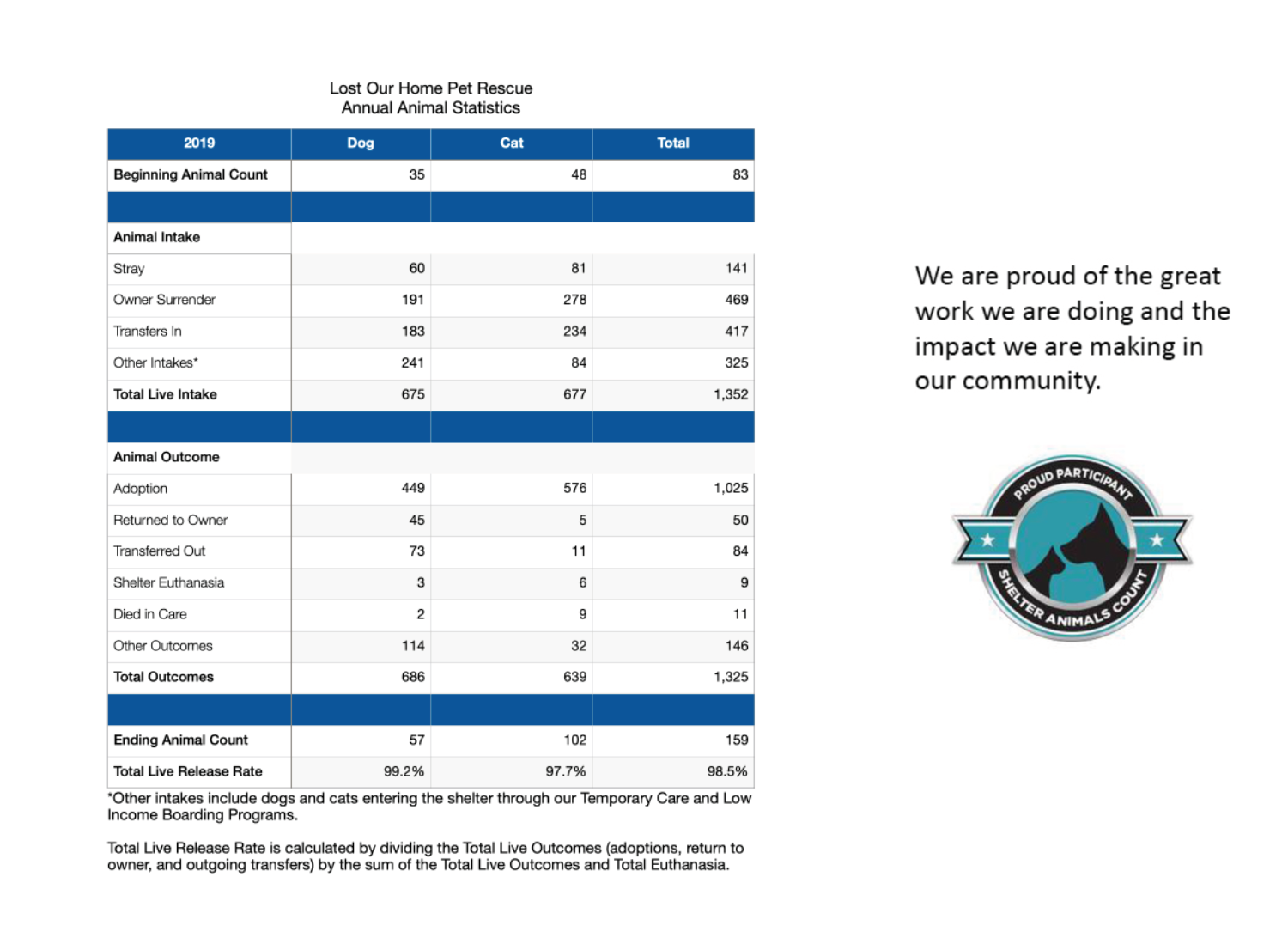